So much fun with the Johnson’s. This is a family with a great sense of humor and such a playful nature that was super fun to capture! 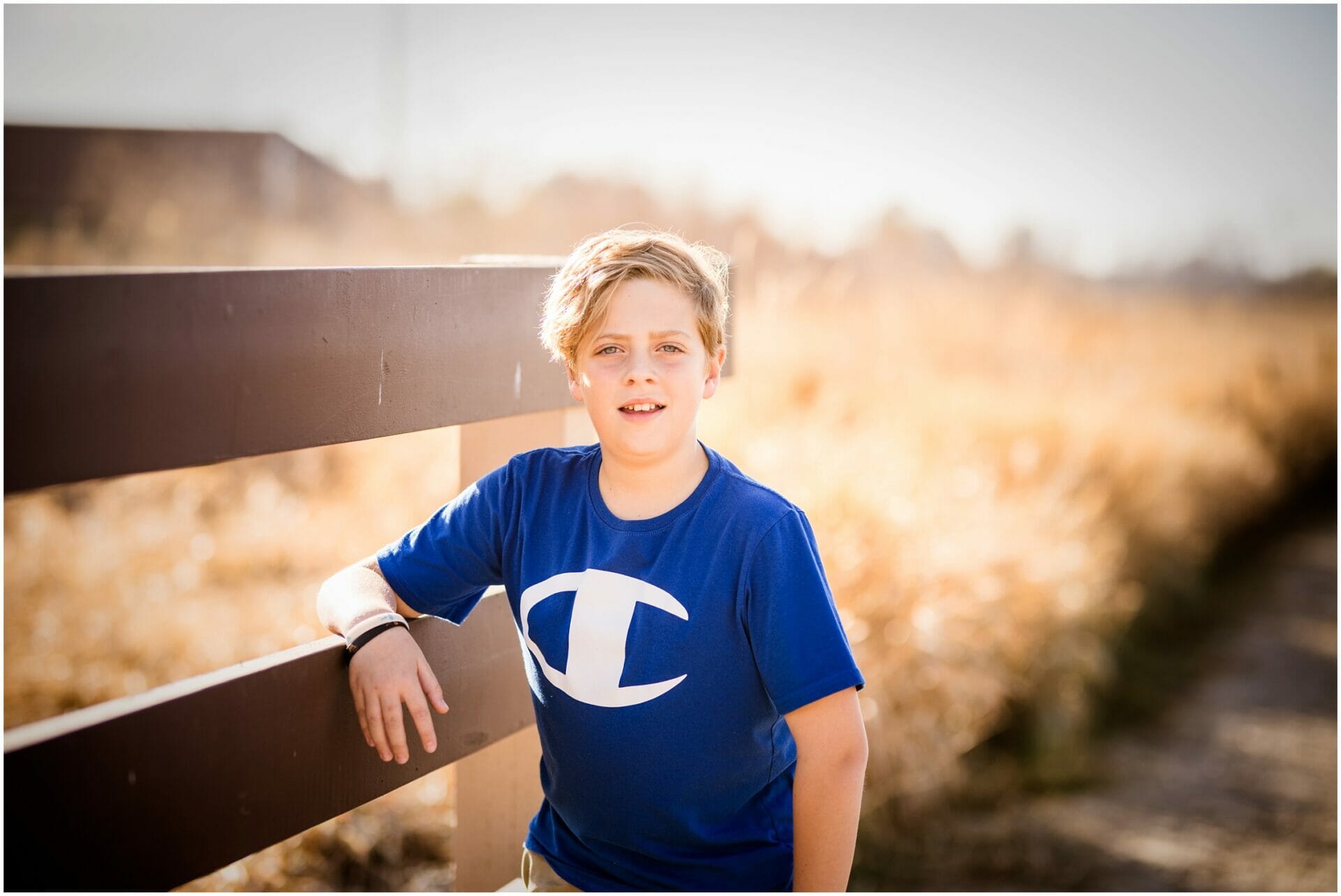 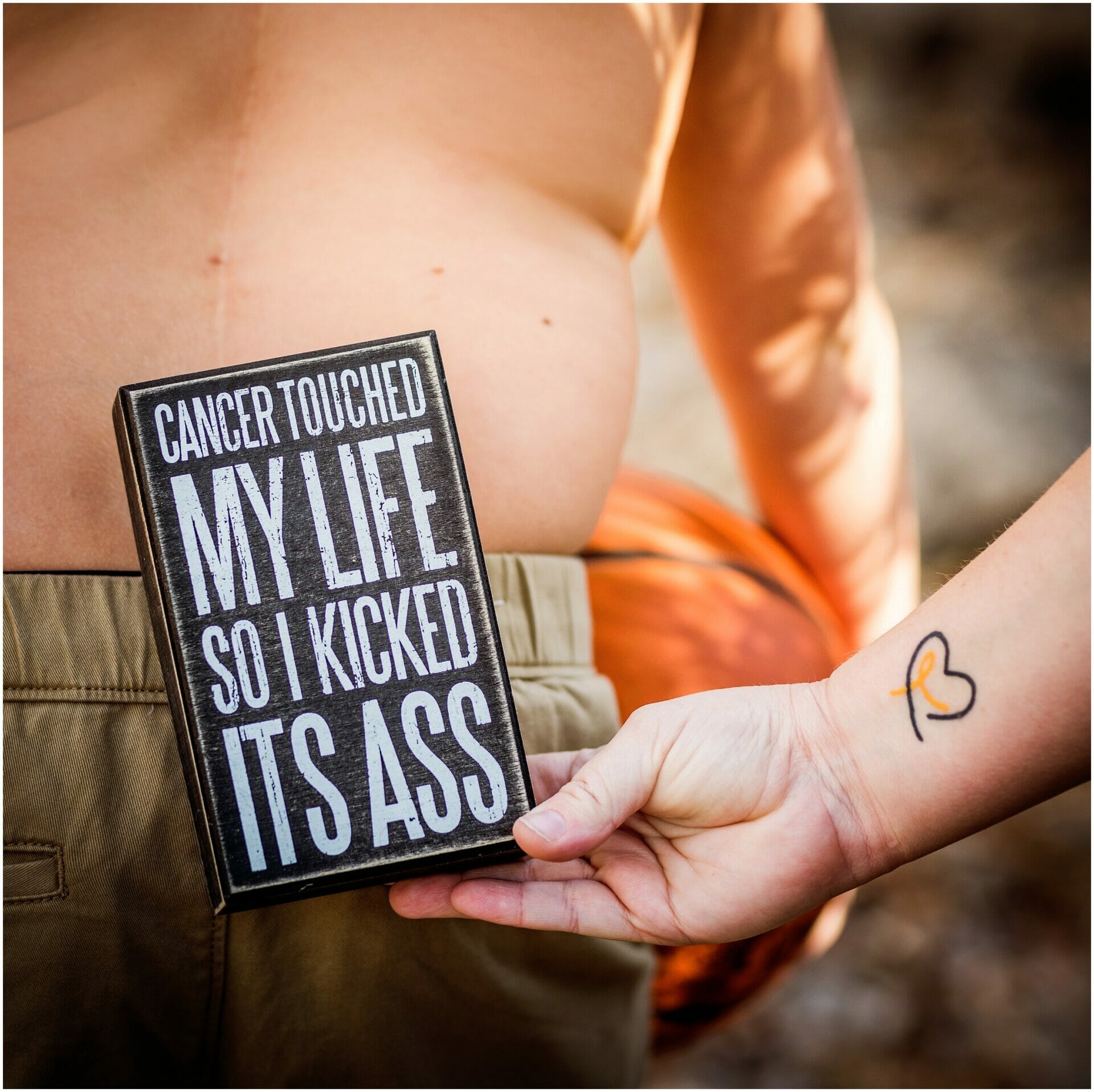 “Konnor Ray Johnson was born May 11, 2009 he was the perfect Mother’s Day present. All 7 pounds 14 ounces of him was perfect or so we thought, little did we know there was a horrible disease growing inside him.

We had Konnor in and out of the doctor’s office every week for the first six weeks of his life. Sometimes more then once a week but everytime we were assured that everything was “ok.” He was eating and continuing to thrive so I thought that he must be doing ok if the doctors we reassuring me that everything was ok. So we went on with life even though way down deep in my heart I knew something wasn’t right.

On August 14, 2009 Konnor developed horrible diarrhea 10-15 times a day. It continued to get worse and I knew this was NOT “normal”. So off to the doctor we went and they tested him for a few things but it would take a few days for the results to come back. In the mean time Konnor continue to get worse he would cry out in horrible pain when I would lay him down on the changing table to change his diaper. He was just miserable, so back to the doctor we went and were told Konnor had C Difficule. He was put on antibiotics and we were told that by Monday (this was on Friday) he would be back to his normal happy self and we would be on our way. Well Monday came and went and he wasn’t back to normal so over the course of the next 6 days we seen five doctors. All said some thing different by Saturday August 29, Konnor completely stopped eating. We went in again to the doctor and were sent for fluids because he was severely dehydrated. We were then admitted to the hospital and our lives were about to be changed for ever.

Monday August 31, 2009 the resident doctor showed up and seen Konnor wincing in pain when I touched his left side and still not eating. An ultrasound was ordered and we were given the horrifying news that there was a tumor off his left kidney. The next hours were a whirl-wind as doctors came and went and informed us Konnor probably had Neuroblastoma. After a CT scan and an MRI it was confirmed that not only was the tumor off his kidney but it was wrapped around his spine. Over the next three days Konnor went completely paralyzed from the waist down. Konnor was diagnosed with stage 3 Neuroblatoma, Intermediate risk.

On September 2, 2009 Konnor went in for his first surgery to remove the tumor from his spine. It was a 6 ½ hour surgery. He came out of it just fine and by the next day was able to move his feet at least a little on his own. He still had some weakness in his left leg. He then developed a blood clot in his left clavicle. It was a scary situation as they could not give him blood thinner right away for fear he would start bleeding by his spine and then compress his spinal cord again. We waited a week and then were able to start giving him daily Heparin shots in his poor little belly. We were able to stop these shots in January 2010.

Konnor had four rounds of Chemotherapy. His second round proved to by the hardest on him. His counts dropped extremely low and we had to have a couple blood transfusions and even some platelets. We were even hospitalized in between rounds because he was so sick. But we made it through the four rounds of chemotherapy and were then informed that the tumor had not shrunk like they wanted and we would be enduring another surgery.

In January 2010, Konnor had another six hour abdominal surgery to try and remove the entire remaining tumor. They were able to get all of the tumor except for a little piece that is on the L2 of his spine. The piece was so embedded into his nerves that for fear of damaging his left leg they had to leave it behind. We sent it for pathology and found out it was still active Neuroblastoma cells not dead cells like we were hoping for.

Konnor endured physical therapy from Septemeber of 2009 till March of 2010. With the help of the therapist and Konnor’s great determination he took his first steps in July 2010 the week before we were to compete in our first of many Relay for Life. We were hoping he would be walking by then to walk his first survivor lap and he did it. Konnor was able to walk about half of the survivor lap holding the hands of mom and dad. It was an amazing site to see and a very emotional one as well. Relay for life is something very dear to our heart and we can’t wait till this years Relay for life. Konnor will be running at this one

We then over the next year scanned every three months watching that tumor that was left on his spine. In December 2010 we were told that the tumor had grown about 25% over the last year and we would again be going in for surgery. The biggest risk with this surgery was that Konnor would lose complete function of his left leg. February 11, 2011 we went in for our third and hopefully our last major surgery. Konnor has once again proved his strength and determination. The surgeons were able to remove all but small piece of the remaining tumor and were able to do it with no weakness or paralysis to the left leg at all. He was up and moving around the next day and we were even able to come home.

In February 2012 we were given the great news that Konnor was finally NED!!! We now celebrate his cancer free birthday every year, in addition to his actual birthday. He has potty trained in himself and no longer requires being cathed. He does have a severe case of Lordosis from the initial surgery to his spine and some of his vertebrae collapsing so he will need another surgery in the future to stabilize his spine. You would never know how far he has come from his initial diagnosis. He’s currently 10 and in the 5th grade, he loves basketball and is in his second year of club ball. He loves life and is wise beyond his years.” 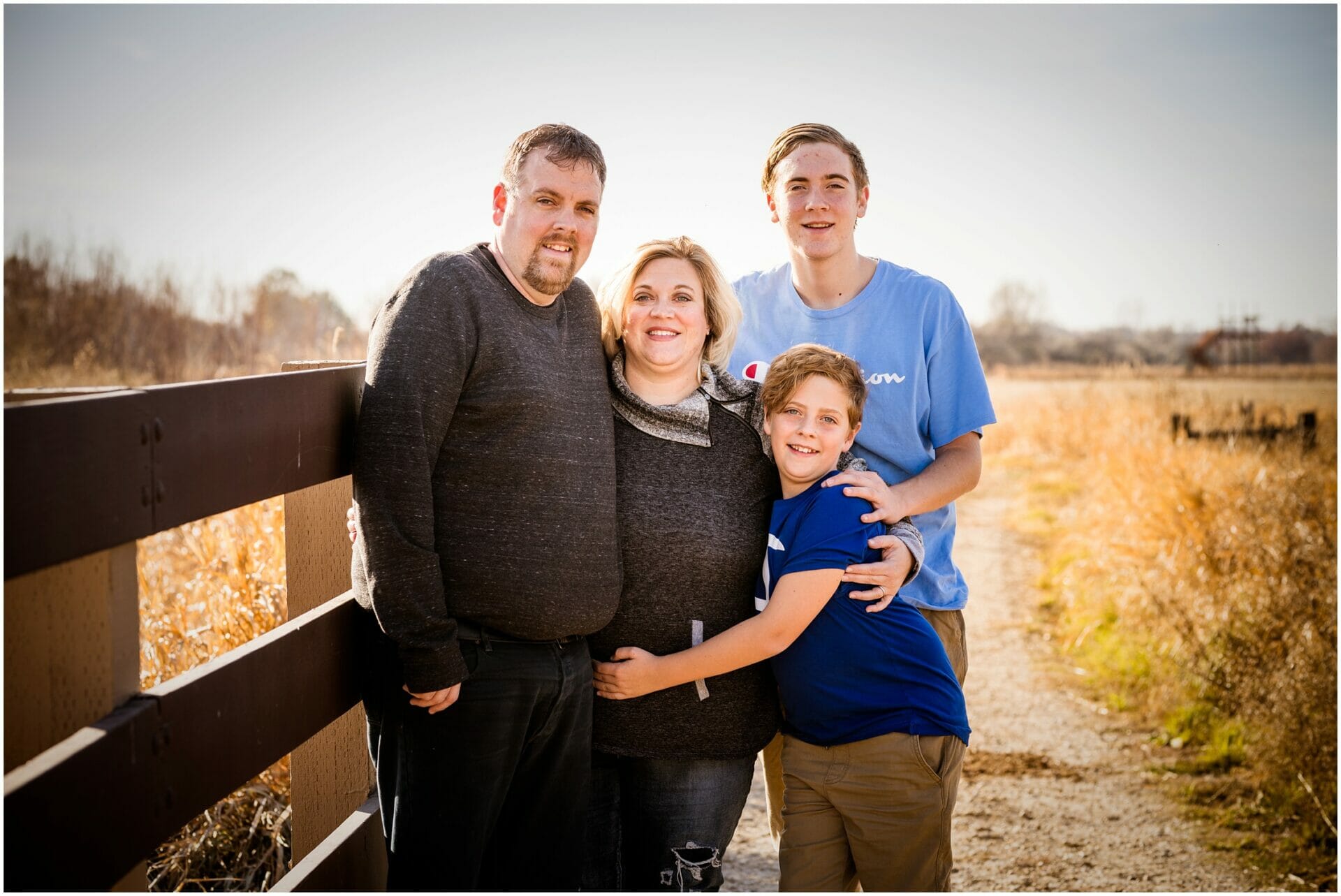 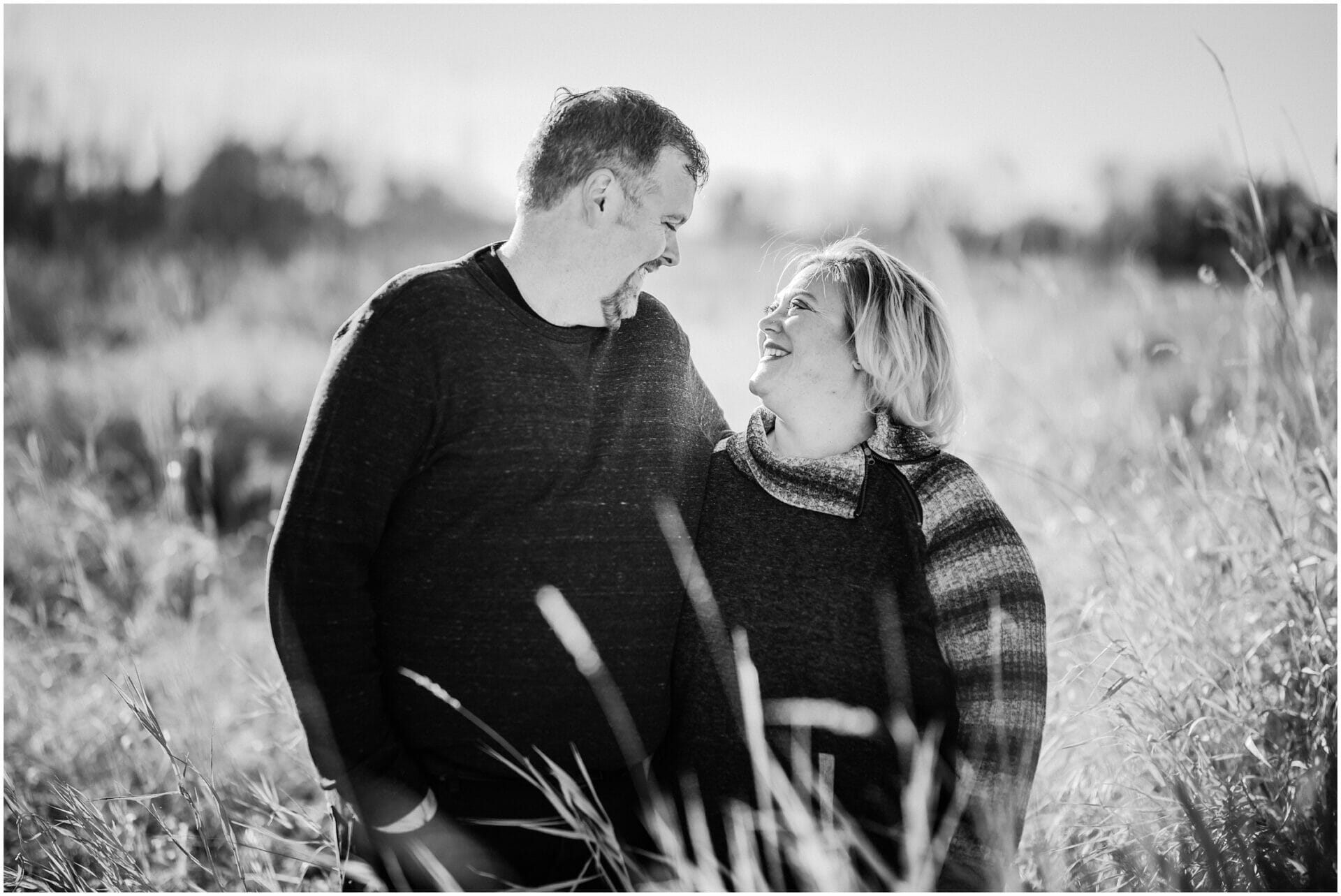 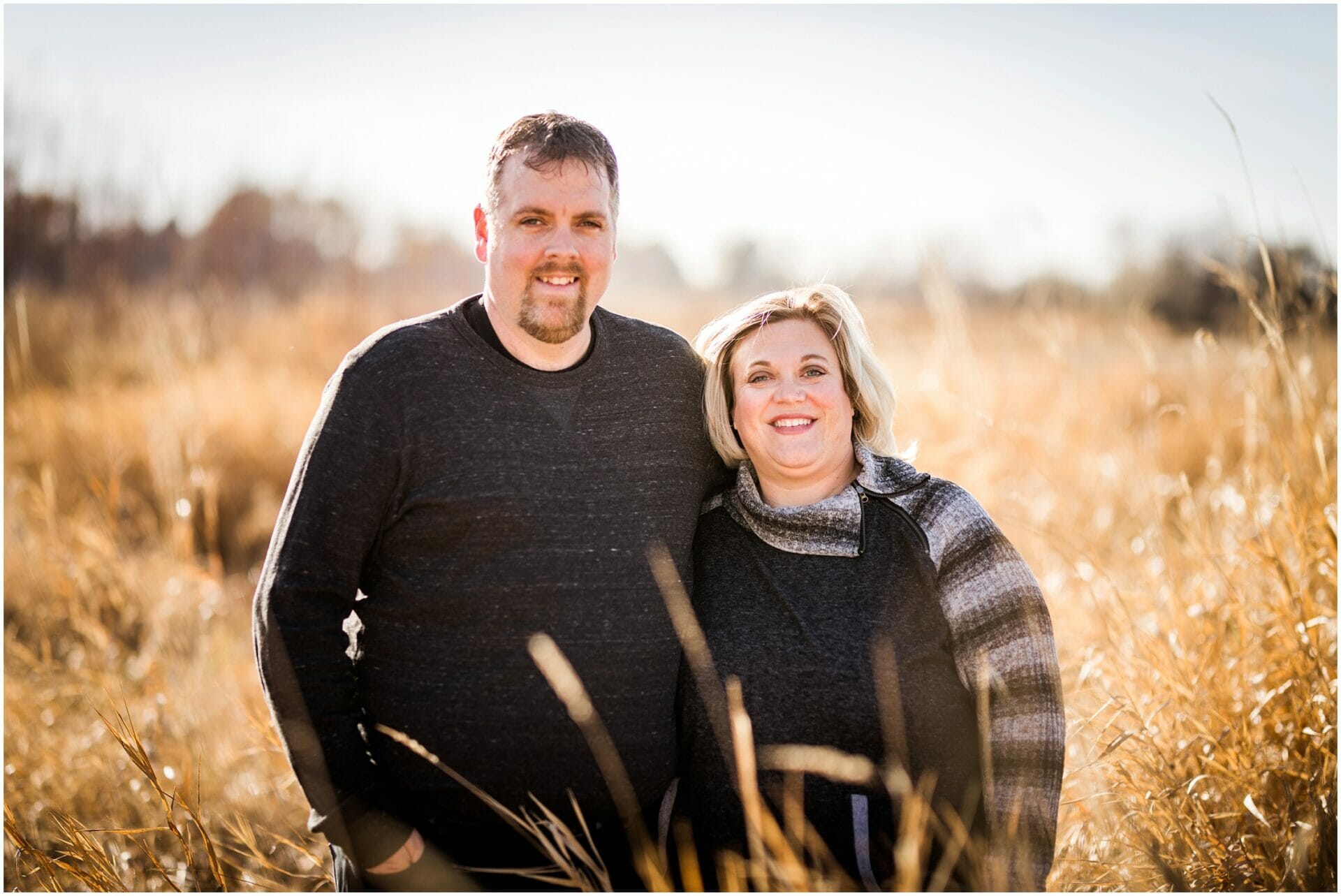 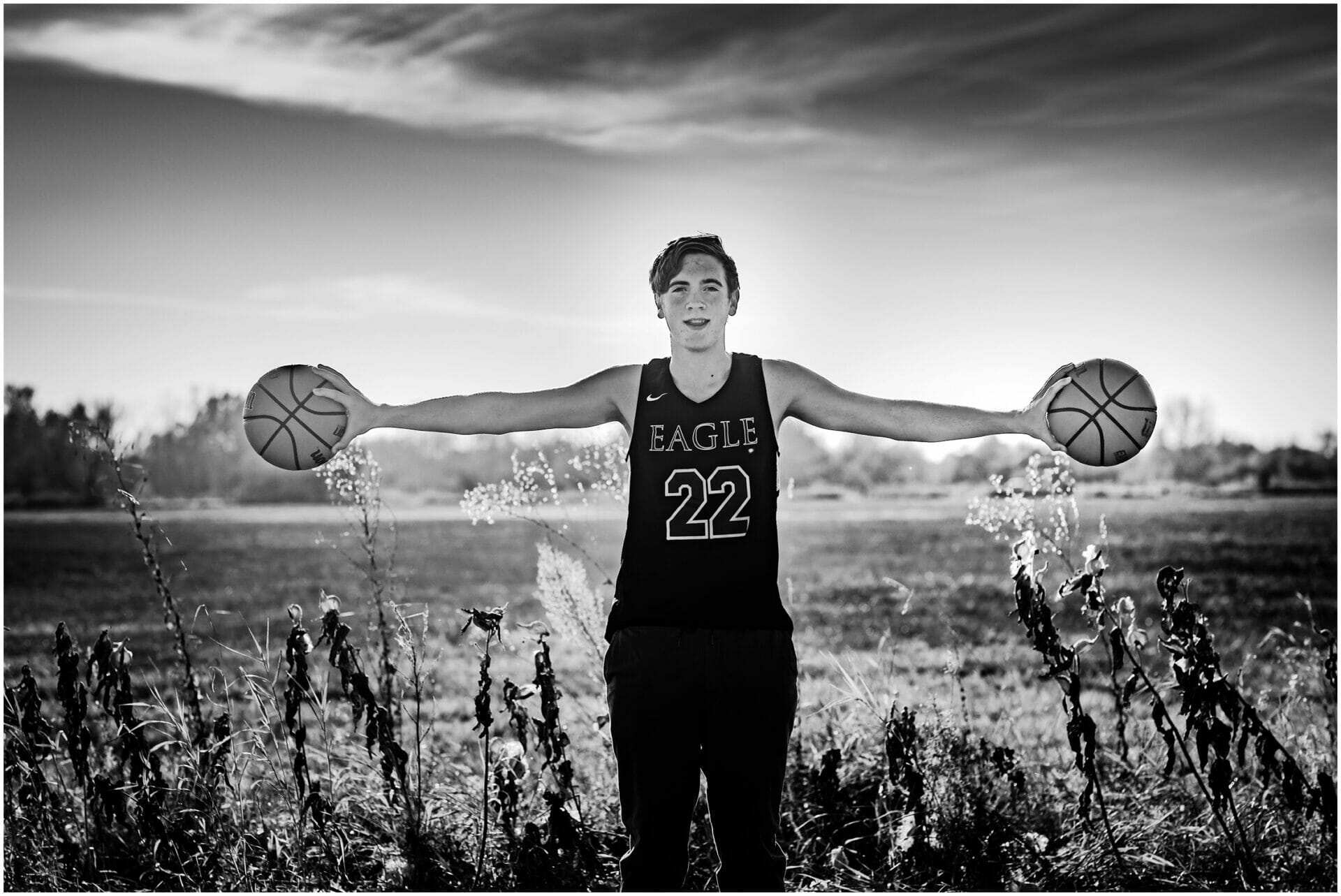 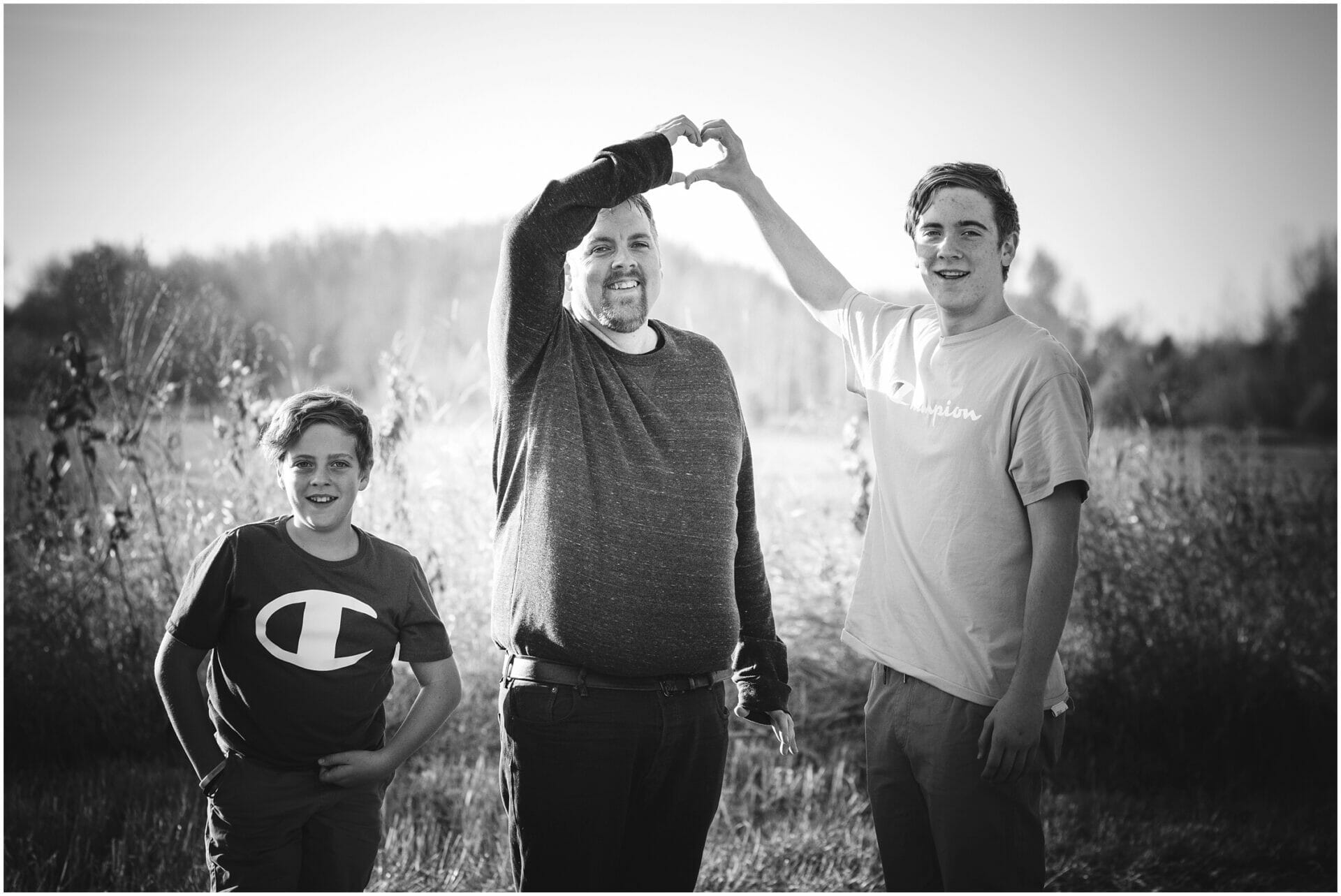 Interested in setting up a session of your own?

Great! I can’t wait to meet you. Contact me here and let’s start planning the perfect session for you and your family. Want some more details about setting up a session? Start here.

If you would like to learn more about IdaHOPE come on over here.

Chrissy Ray Photography specializes in Maternity, Newborn, Baby, Child, Senior and Family Photos. We are based out of Eagle, Idaho and serve the greater Boise area including but not limited to Eagle, Boise, Meridian, Star, Caldwell, Middleton, and Nampa. We also love to travel! 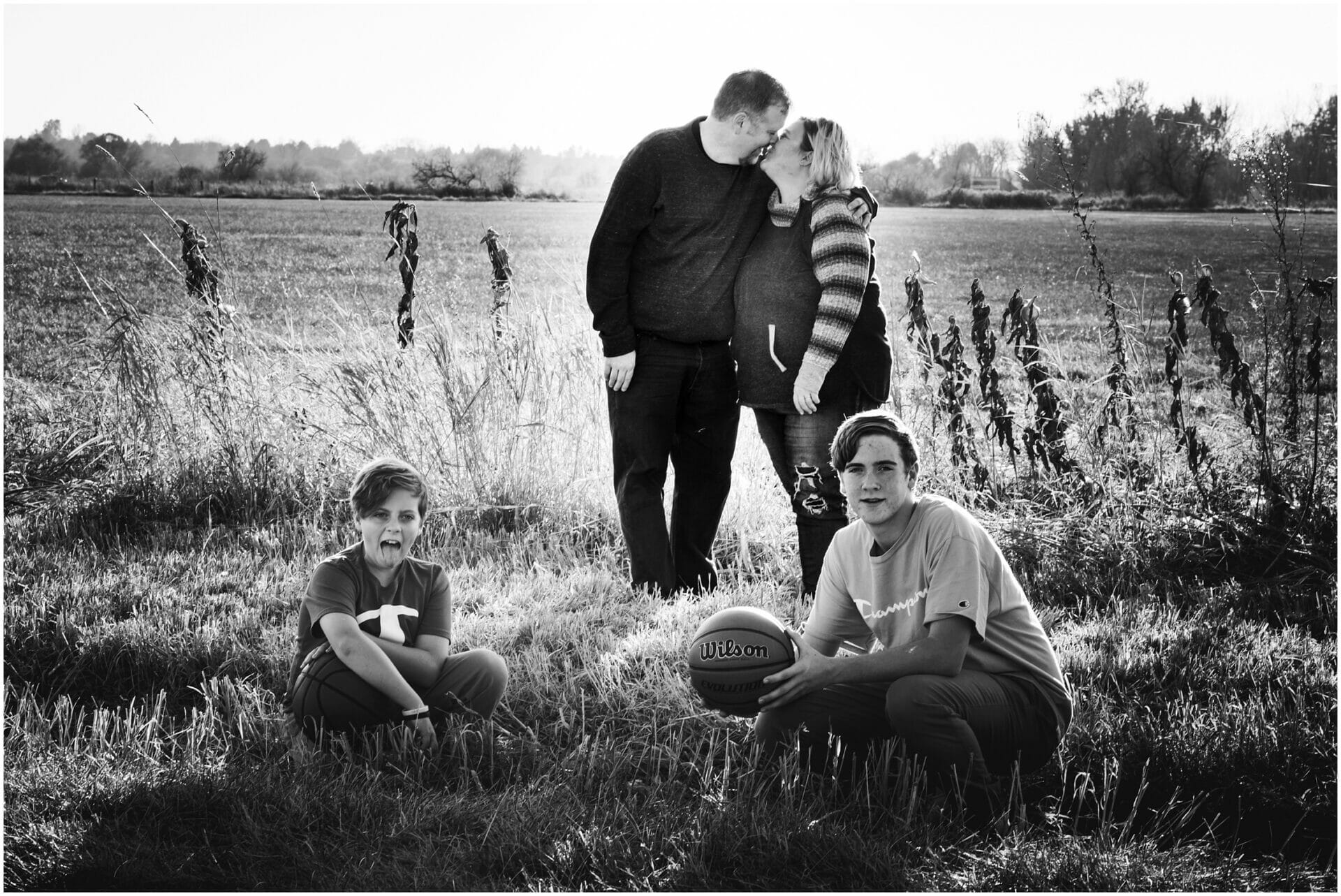 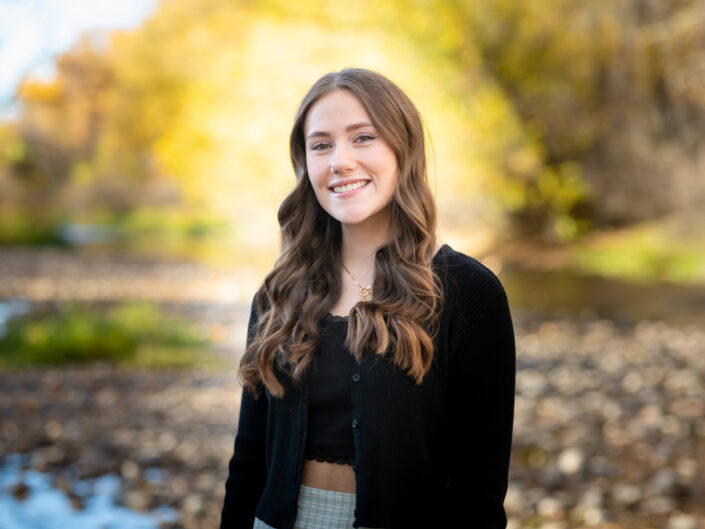 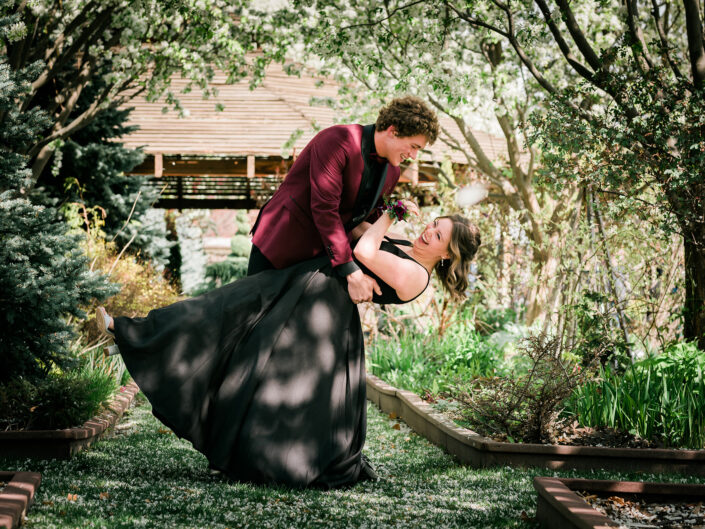 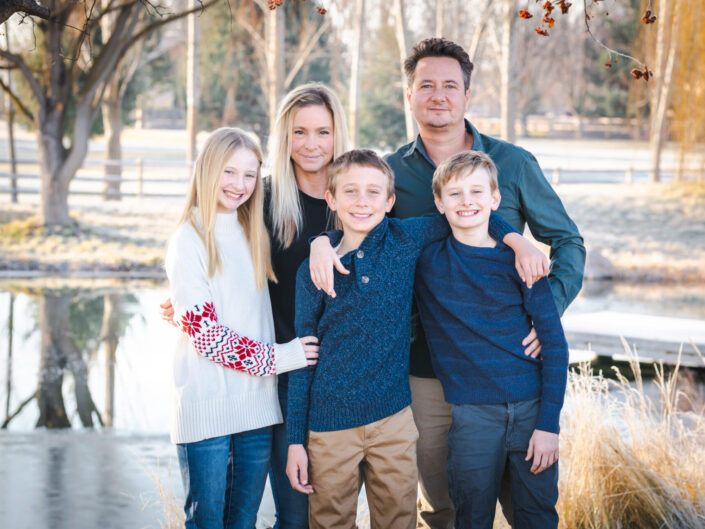 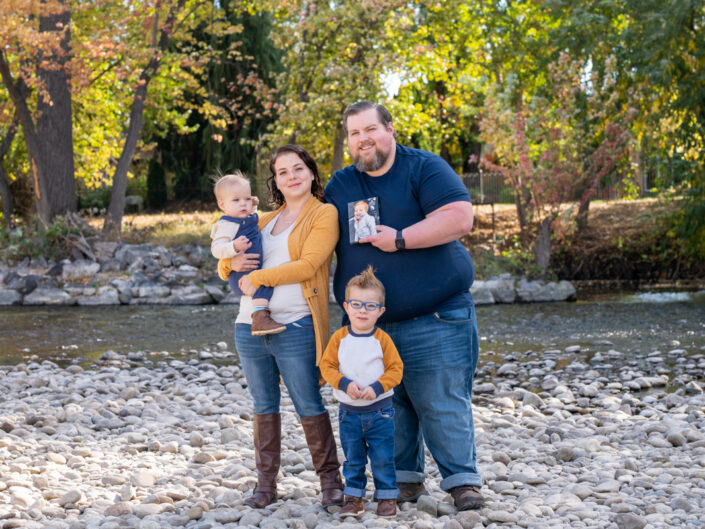 The Hudson Family 2021 | On the Greenbelt in Eagle | Idahope